Meet the professionals who can help you Pursue Your Goals

We help guide individuals and families toward and through their ideal retirements.

Frederick Financial Group is made up of qualified financial professionals who are passionate about helping individuals and families achieve their ideal retirements. 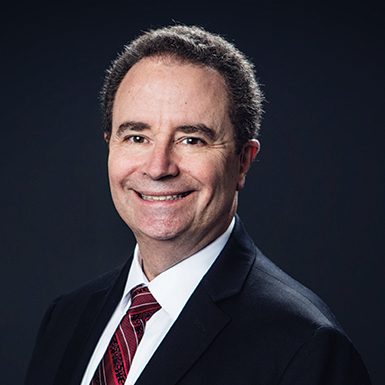 David’s passion is crafting financial plans clients can follow as a blueprint to help achieve their investment and retirement goals. These plans combine security, income, tax efficiency, growth and flexibility into a comprehensive, tailor-made retirement strategy.

David grew up in King of Prussia, Pennsylvania, a suburb northwest of Philadelphia. In search of adventure, he joined the Army in 1977 and decided to make the military his career. He temporarily left the service in 1984 to return to college. Upon graduation with his Bachelor of Business Administration degree, he was commissioned as a second lieutenant. During his first assignment at Fort Knox, Kentucky, David struck gold when he met his future wife, Janice. He attended a variety of military schools to develop advanced skills as a leader, analyzer and problem-solver. In December 1999, after 20-plus years of service, David retired from the Army.

In 2000, David transferred his leadership skills and dedication to helping others to the financial industry. As an independent advisor, David has access to virtually all of today’s financial planning options, strategies and products, not just a favored few. As a fiduciary, he is also legally obligated to act only in his clients’ best interests. David maintains his proficiency with retirement accounts by attending semi-annual workshops as a Master Elite Advisor with Ed Slott & Company, Inc.

David has passed the Series 65 securities exam, holds insurance licenses in Maryland and is a CERTIFIED FINANCIAL PLANNER™ professional.

He has been recognized as Frederick’s Person of the Year by the National Association of Insurance and Financial Advisors (NAIFA). He has appeared on local television programs “Young at Heart” and “Contemporary Retirement,” as well as a variety of radio programs. He has spoken on the topics of retirement planning and wealth preservation before hundreds of local retirees. His articles have appeared in publications including The Frederick News-Post and the Guide to Retirement Living magazine.

David lives in Frederick, Maryland, with his wife, Janice, and daughter, Sarah. He is active in his community, sponsoring local charitable events, and is a member of the St. Katharine Drexel chapter of the Knights of Columbus. He enjoys woodworking, watching old movies and making home improvements.

Ready to Take
The Next Step?

For more information about any of the products and services listed here, schedule a visit today or register to attend a seminar.

Schedule a Visit
Register for a Seminar